Heavy Recovery on I-4 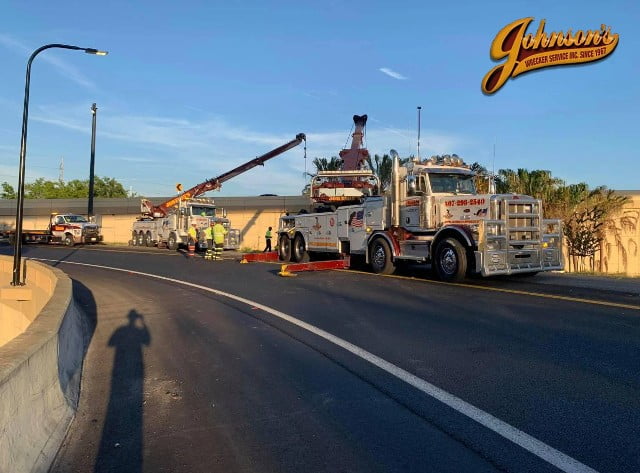 Johnson’s Wrecker Service is Orlando’s heavy recovery experts and are known for their reliability and efficiency. Having served the Orlando and Central Florida area for over 50 years, their crews have seen it all on the roads.

As a family-owned business, they pride themselves in helping out the community in the best way that they can. With their long-standing reputation, Johnson’s Wrecker Service has built a solid presence in the Orlando area.

The heavy recovery team recently responded to a call from the Orlando Police Department about a car transporter that needed assistance on the East-West Expressway and Interstate 4. Apparently, the pickup truck had lost control while going through a S-curve on the highway.

The loss of control resulted in the vehicle going off the roadway. Used to being the police department’s go-to wrecker service, the Johnson’s team promptly responded to the call and arrived at the scene.

Using a 50-ton rotator, 75-ton rotator, and 3 flatbeds, the crew of 4 on the scene assessed the situation. The pickup truck and car transporter were holding cars that had been bought at an auction. In order not to cause too much disruption on the highway, the vehicles needed to be quickly evacuated.

Using the rotators, the heavy recovery team successfully pulled the vehicles back up onto the roadway and loaded all the vehicles on flatbeds. The crew worked quickly on the highway, displaying their years of expertise and reliability.

In less than 90 minutes, the Johnson’s Wrecker Service crew efficiently got the vehicles safely off the road and traffic started flowing smoothly. Congratulations to the amazing team for completing another successful heavy towing job!

The Orlando Police Department called Johnson’s Wrecker Service for help with a heavy recovery job. The police called in and reported that the scene was located on a highway and was closest to East-West Expressway and Interstate 4. The heavy recovery team responded quickly to the call.

The crew of Johnson’s Wrecker Service deployed 4 employees to the heavy recovery scene on the highway. With them, they brought a 50-ton rotator, 75-ton rotator, and 3 flatbeds for the job. The vehicle that needed heavy recovery was a pickup truck that was transporting cars. These cars had been bought at an auction.

The heavy recovery team assessed the situation. They learned that the pickup truck had lost control while going through a S-curve on the highway. Because of this, the vehicle went off the roadway. This heavy recovery required the car hauler trailer to be loaded with three cars. 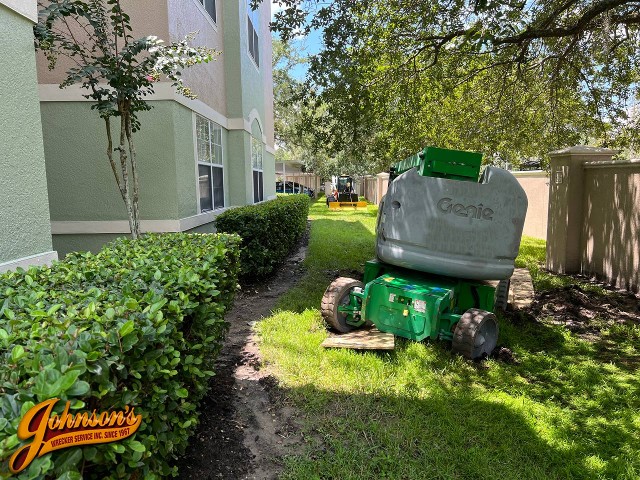 Heavy Recovery Needed for Machinery Stuck on the Lawn  When driving heavy machinery, it is always a good idea to stick to solid ground to avoid needing a heavy recovery[...] 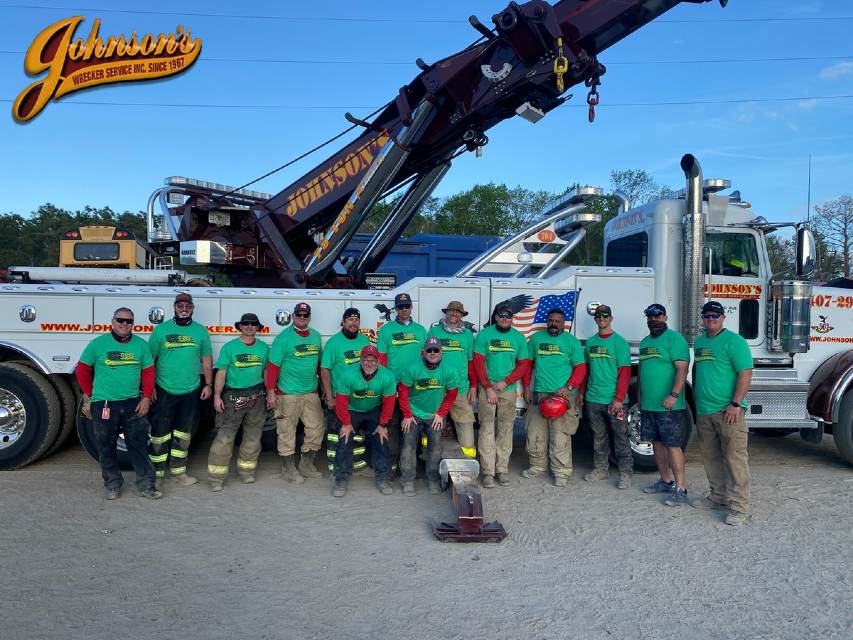 Orlando Towing Teams Participates in Cross-training Event at Orlando Fire Conference Johnson’s Wrecker Service is a proud member of the Orlando towing community. It was our honor to participate in[...]